I started shooting in 1994, but I only did bullseye shooting and bowling pins, after 4 or 5 years I had enough of that and stopped shooting completely.

In 2011 it itched again and so I looked for a shooting club were I could do more than only bullseye shooting, so I found a club in Oud Karspel Netherlands were they did ipsc and actionshooting. After a year getting used to the game again, I started to compete in the Dutch Actionshooting competition with a Ruger GP100 revolver with a red dot on it, I ended that year and the year after that as 3th in the competition, but there were only 4 competitors in Open Revolver ????

So in 2013 I started with an Tanfoglio Gold Custom Grauffel one Open pistol and with a CZ Sp01 Shadow in Standard and with a S&W Model 41 in Open Rimfire, and finally I started winning matches.

After a while I decided to start focusing on IPSC and so I did the basic IPSC course in August 2015 with success.

After I succeeded to shoot my 3 matches I could go to Germany and with success, I ended as 4th overall in my first Level 3 match !! Very happy.

After that it when all very fast, I got my first sponsor ( Brunox AG ) and not much later I had my second sponsor and friend Hans Wigger from Dutch Firearm strading ( www.firearms.nl ) , which stayed with me ever since.

In 2015 I started importing Gugaribas products ( www.gugaribas.nl ) and found a personal friend in Augusto Ribas, who’s the owner of the company and has been supporting me from the beginning. In 2017 we decided that I would be the European representative for the Gugaribas Company and I have been a part of the designing and developing of products together with Augusto, and we become friends for life. 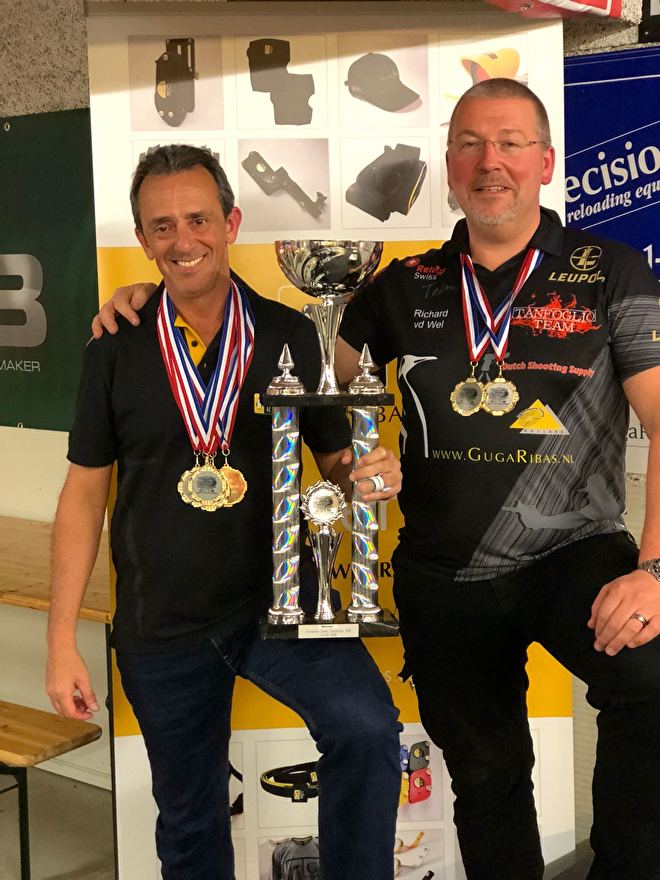 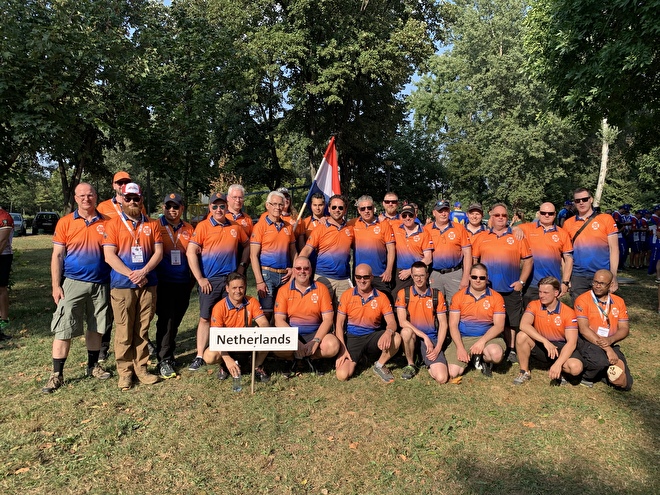 In 2017 at the IWA show in Germany I got a sponsor contract with Reload Swiss ( www.reload-swiss.com ) and Essing Sprengtechnik GmbH ( www.essing-sprengtechnik.de ) and I use the RS24 and RS12 gun powder for many years now and really love it. If you didn’t tried it, you should try it once.

I also started to shoot one or 2 matches in Practical shooting airsoft ( IAPS ) and shot the Nationals that year and become 3th Overall in Open.

At the IPSC Worldshoot in France I worked for Gugaribas and made a lot of friends there from all over the world. 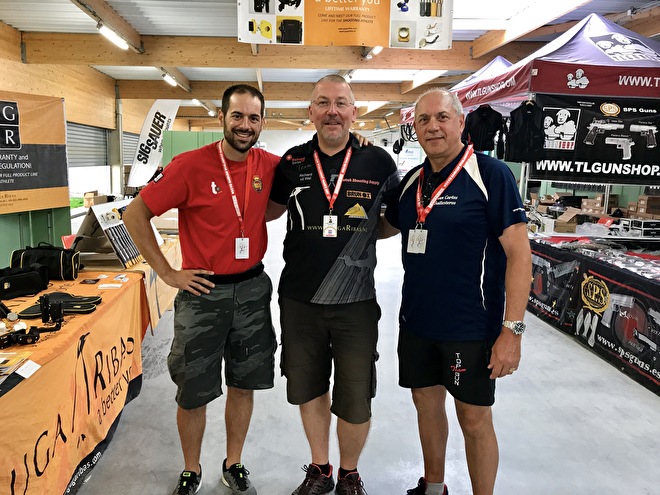 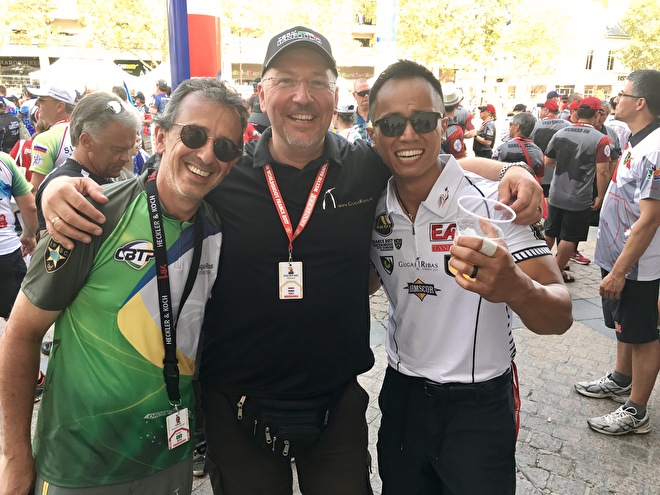 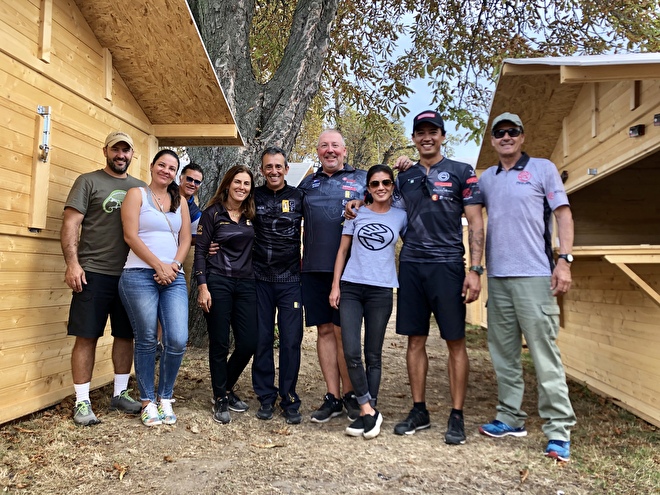 In 2018 I was at the IWA show again and was asked to come to Tanfoglio to talk with Hans Wigger and Mattia Tanfoglio, they asked me if I was willing to come back to Tanfoglio ( www.tanfoglio.it ) again but now as a Factory sponsored shooter. It surprised me and I didn’t knew what to say, but it took me about one second to say YES of course I would love that. So I would get an Tanfoglio Domina Xtreme Open gun and all the support I needed.

At the end of 2018 Hans and I went to Italy with a very good friend to visit the Tanfoglio factory and follow a training which was a very nice weekend, I really love that family !!

At this moment I own a Domina Xtreme Open racegun in .38 super, a Limited Custom .22 Open Rimfire Xtreme, a Stock I Production Optics and a Gold Custom Open .38 super as backup. 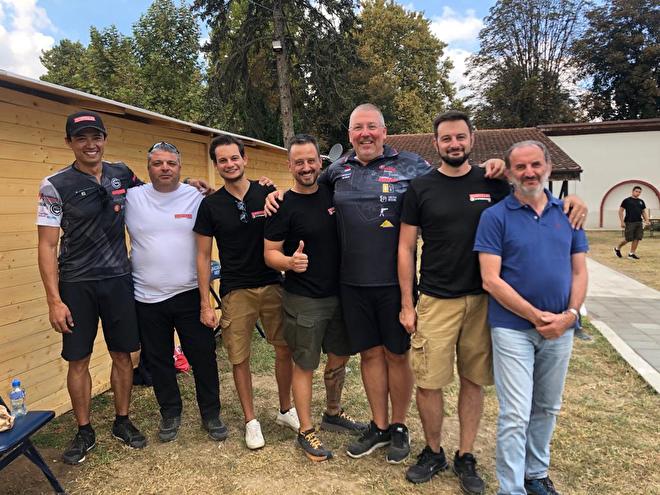 In 2019 I went to Serbia for the IPSC European handgun championships to work for Gugaribas in the booth and shoot as Open team member the match also, which is not a perfect combination, but a wonderful time meeting old friends and making new friends.

At that match I got a message from RG-Bullets in Spain asking me to come to spain after the match to talk with them about sponsoring me. So 2 days after I came home, I was in the airplane to Spain already. We had a meeting there and they asked me to be there first international competition shooter, which I accepted of course, because the Spanish champion Ivan Espilez, who is sponsored by us ( Gugaribas ) is also shooting for them and he loves there product.

So from September 2019 my new sponsor is RG-Bullets ( www.rg-bullets.com ) I use the 124 gr Rn FMJ Open special bullets 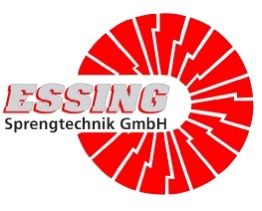 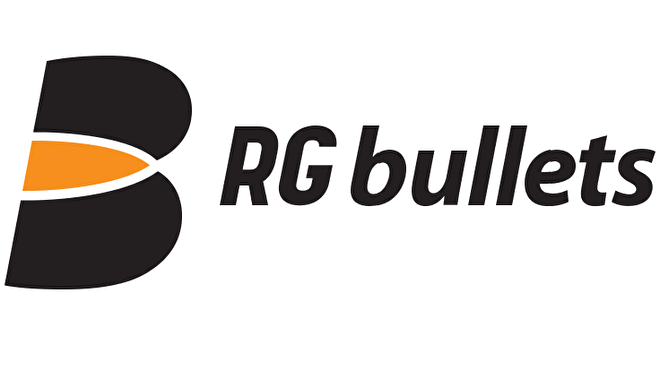 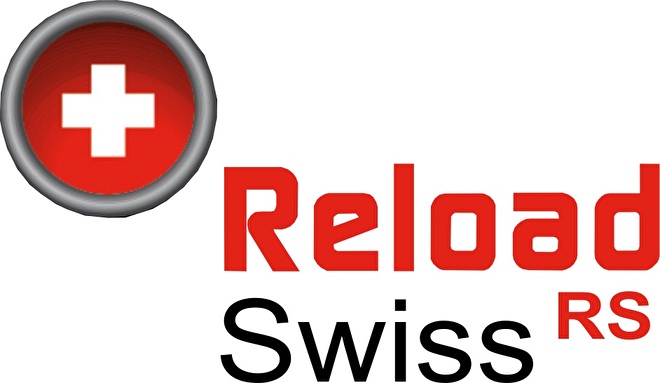